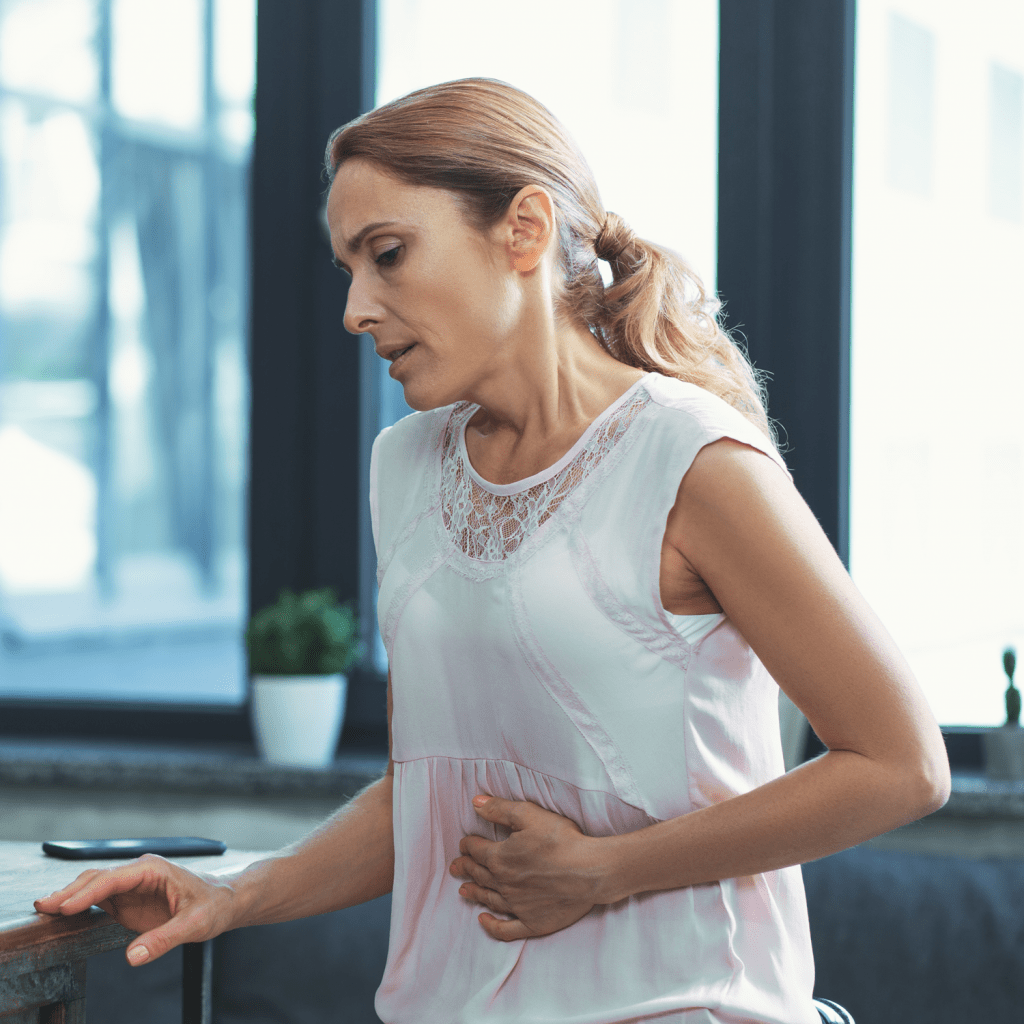 Linda had been experiencing pain for some time. At first, it would come and go. Occasionally, it was what seemed more like a backache. At other times, it was pain in her legs; and sometimes, she would get sharp pain in the pelvic area.

Unsure what was going on, Linda mostly just took Motrin and tried to live with it. Then, in February, Linda went in for a regular check-up with her primary care physician  who told her it sounded like she might have uterine fibroids – non-cancerous growths in and on the uterus. Her PCP told her that she might need a hysterectomy and advised her to see her OB/GYN.

So, Linda scheduled an appointment called “hysterectomy consultation” on her Google calendar with her OB\GYN who she had been seeing for 21 years. Dr. Francis, in fact, had delivered all three of Linda’s children who were now 20, 17 and 14.

With that one word – “hysterectomy” – in the appointment title, the Amaze system automatically sent Linda an email with important, context-based information that included:

Linda’s appointment was at 10:30 on Thursday, so she took the morning off from work. On the way to her appointment, her phone buzzed with a reminder about the data sheet and list of questions. The reminder was triggered automatically because she had crossed a “geo-fence” that told Amaze she was within a half mile of her doctor’s office, and that she was within 30 minutes of her appointment. While in the waiting room, Linda picked up her phone and reviewed the data sheet and list of questions.

When Dr. Francis came in, he performed an ultrasound in the office, confirming the fibroids and the need for a hysterectomy.

Linda then referred to the questions on her phone. She asked him who would do the procedure. Dr. Francis answered that he would; he did hysterectomies every other Thursday morning at the local hospital. Linda asked for more details about the procedure. The doctor explained that the surgery was very routine – general anesthesia, an “open procedure” which involved making a four-inch incision, and a recovery period of at least two weeks.

She then asked the next question on her list: “What percentage of hysterectomies do you do laparoscopically?” There was an awkward pause before the doctor answered, “Well, I’m more of a traditionalist. I don’t really believe in doing them laparoscopically. I’m much more confident in the results with an open procedure.”

Linda was done with her questions. Instead of scheduling the surgery at the front desk on her way out, like Dr. Francis suggested, she said she would call later. She wanted to think about it and do more research.

When she got to her car, her phone buzzed with a pop-up asking her whether there was anything Amaze could do for her. Linda pressed, “Talk to a Medical Professional,” and spoke with an Amaze physician right there on the spot. The doctor confirmed Linda’s impressions – that Dr. Francis had probably never learned to do hysterectomies laparoscopically. The Amaze physician also explained that there was even a less risky, third alternative to consider – vaginal hysterectomy.

The call only lasted a few minutes, but Linda now realized that she needed to consider other options and get a second opinion. An Amaze Member Advocate helped her navigate the app to identify three other in-network specialists, and she set up an appointment with one the following week. She felt reassured when this specialist told her he performed minimally-invasive hysterectomies multiple times weekly, and she was ready to move forward.

That’s the promise of Amaze: Better care, lower costs, without limits on choice.

Why the Right Questions Matter

Jack is in the ER waiting for the physician to see his 14-year-old daughter. She was playing basketball for her middle school and took a charge...
Read More

The pain in Mike’s right calf started out at about a three on the “pain” scale. For someone in his mid-seventies such minor annoyances were common...
Read More

What if It’s More Serious Than the Flu?

Like a growing number of Americans who get their health insurance through an employer, Jane has a high deductible individual plan...
Read More
Back to Amazing Stories

What we did
before the crisis